The darkness swallowed our ship as we sailed into whatever was left of the cold clear night. I had spent hours planning our longest passage ever. To stay ahead of the coming storm we had to sail hard for the coming 24 hours, or risk being land-bound for as long as a week. Further up the coast we would be much more likely to keep sailing protected from the raging Norwegian sea. For the journey we had recruited a new crew-member; Line, the goddess traveled through our virus-infected country and arrived just hours before we left the port i Trondheim.

We have, as everyone else been very much restricted in our movements due to a certain virus that is currently taking over the world. Walking down empty streets in the third largest city of Norway on a Saturday night feels strange and at the same time somewhat calming. At the moment the borders to our country is closed for visitors and even within the country many quarantined zones make it hard for people to move around. So it was with the outmost luck that we got The Goddess onboard before all ways of traveling are closed down further. 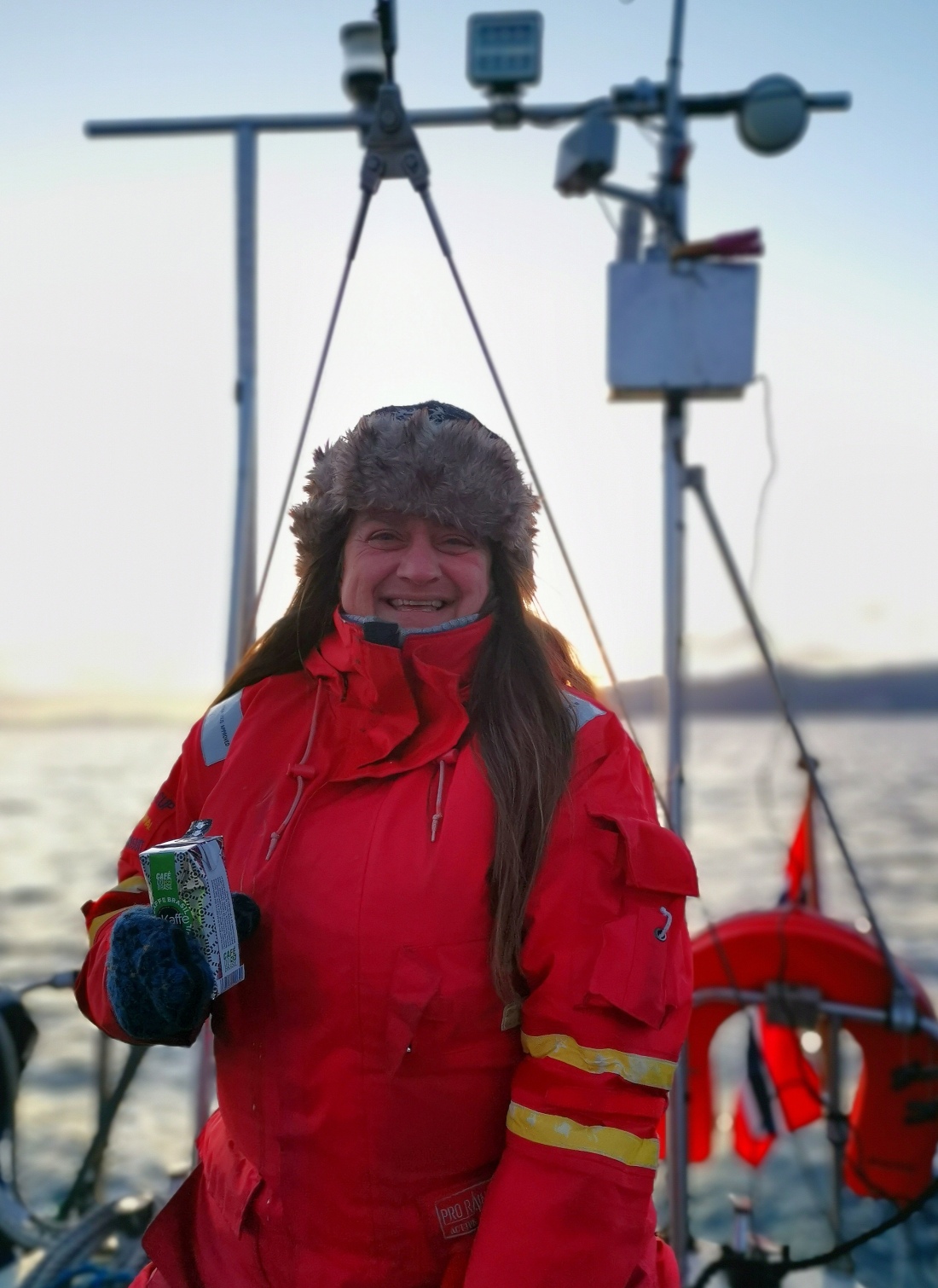 As for our own protection we have gone into what we would refer to as a half-ass-quarantine, meaning we avoid contact with as many as possible and try to keep distance to everyone. This do not help us however when we are no longer allowed to use public spaces like showers and such, but the rules/laws are different everywhere and we’ll do our best to comply, but a sailor got to do what a sailor got to do.

Leaving Trondheim Captain Simen went to sleep while myself had my hands full teaching the Goddess the ways of the sea. Even they have to know the most important rules of the coast, the buoys and how to make out a safe lead-way. We had the basics down before sunrise and as later everyone was awake we spent a long and wonderful day at sea. I don’t think anyone could ask for a better first day in a sailboat than what the Goddess got served this morning. The winds were great, the scenery just amazing. None of us had any knowledge on anything this part of coastal Norway had to offer.

Then, of course, as the darkness once again rained upon us the storm started to catch us from West. The wind picked up quite a bit and so did the waves. Once the Goddess lost her inner compass the curse of the first sail got hold of her and she fed the fishes quite generously on multiple occasions. Hanging over the railing in between with certain sea-spray every minute or so – it went on for hours before she finally collapsed in her cabin a few nautical miles from our destination. We didn’t see her until next morning.

The Captains made sure the boat were safely in the guest harbour of Rørvik before we also went to bed. We had no rush, the slushy weather for the next couple of days gave us more than enough time to get back to our normal selves. Big kudos to Rørvik, this is the first harbour since Mandal with actual working showers and facilities. We all showered, did our laundry and the Goddess had fun with the dishes. We also got oil for the engine and talked the virus-closed pizza restaurant into serving us each a great good old burger. Even though this was probably a law-breaking meal according to a very frustrated owner, we had a good time – also probably the last dinner out in a while.

As this is being typed we have left Rørvik. We are fighting a 6 on the Beaufort’s, a strong breeze from the North making our planned daily sail about double in time. No problem for a ship like ours and tonight we’ll be docking at Leka, an island where people have been living for ten thousand years.