Captain Simen was sleeping in as usual as I started out from Haugesund. Little did I know that the little passage in open water straight in  from the North sea would act up hard this early morning. But it certainly did, and for two hours I had my hands full while Simen was tossed between the walls in the cabin. It was rocking pretty bad until I finally was set in a position where I was able to hoist the sail to gain some stability onboard. As the waves came crashing one after the other we made a steady 8 knot ahead with only the foresail hoisted. It was totally amazing and at the end of the run I could see a rainbow pointing the way I myself was fighting to keep the snow out of my eyes and the ship away from the thundering shore on the starboard side. 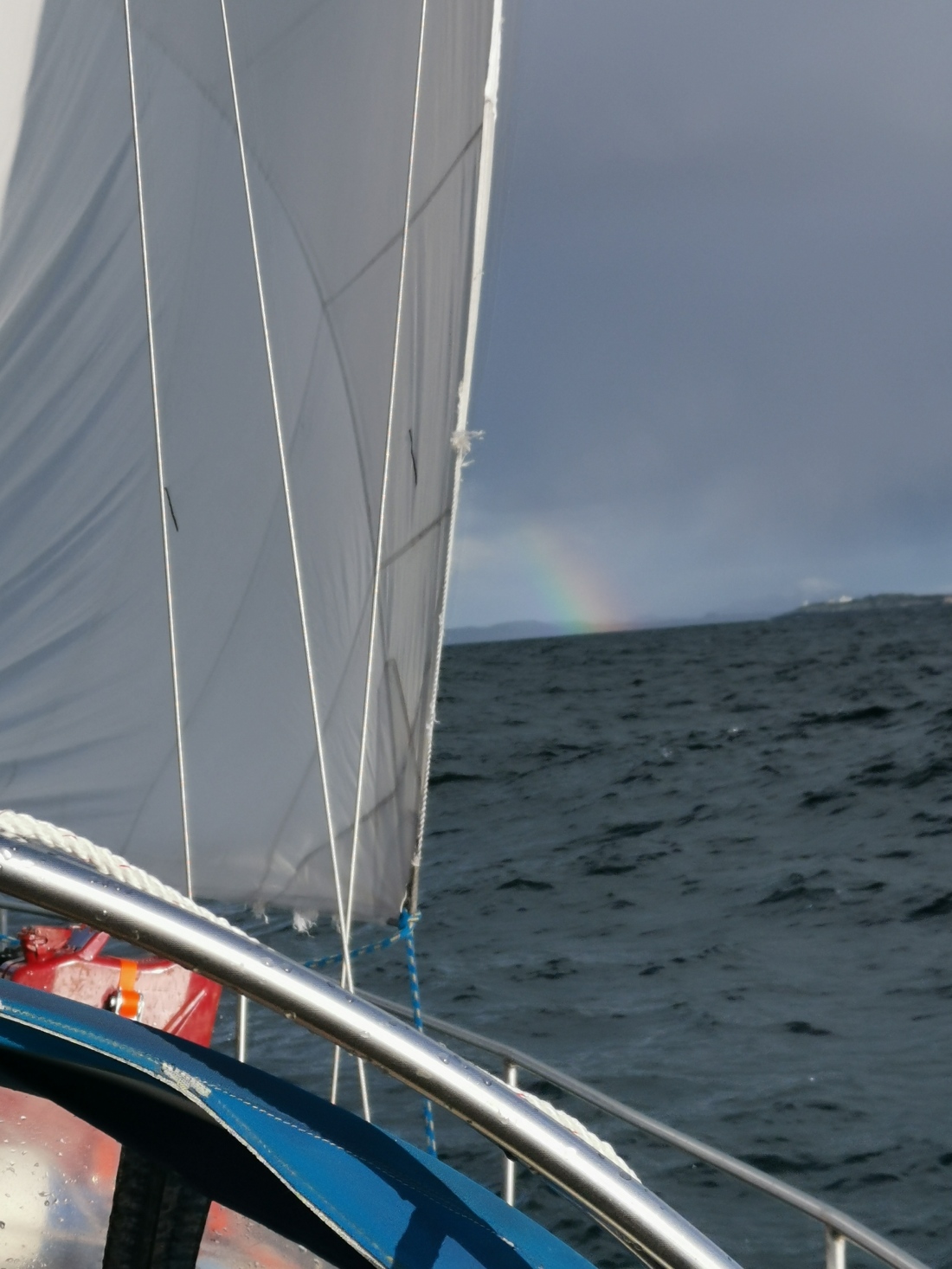 First we sailed from Egersund to Tananger. We have, as you might understand, been getting pretty sick of waiting for storm-systems to pass and was eager to get some miles behind us. Tananger didn’t have much to offer as we moored. I suppose this is one of the places most people go in the summer or to work on the shipyards (or whatever they are) covering the entire bay. Once again we were of course lucky to arrive just as the snow came whisking into our faces.

In general I think the gods must be following this blog, cause they tend to make sure that we are safely tied to a pier before the skies open the daily waterfalls. Luckily February is over tomorrow, noting that this of course is a leap-year, and we are getting very close to spring. As we passed the Stavanger fjord however we finally hit snow. We are officially in waters where the snow is licking the salty waters of the ocean. Our wishes to reach green bushes and blooming hills are still a couple of months away and the truth may be that we have picked the wrong time of the year to experience these things along the Norwegian coast.

After spending a night in Tananger we made a huge leap. 54 nautical miles in 10 hours. It was great to do some sailing in the dark again. It gives me a special feeling to navigate by the lights. In some strange way, at least here down south I feel much more comfortable maneuvering the waters based on light-signals. this way I always know exactly where we are and there is little to no room for mistakes. At the end of the day we found a quiet little harbour in Klokkarvik that sadly had no electricity for us to heat our frozen bodies. We went to bed early. 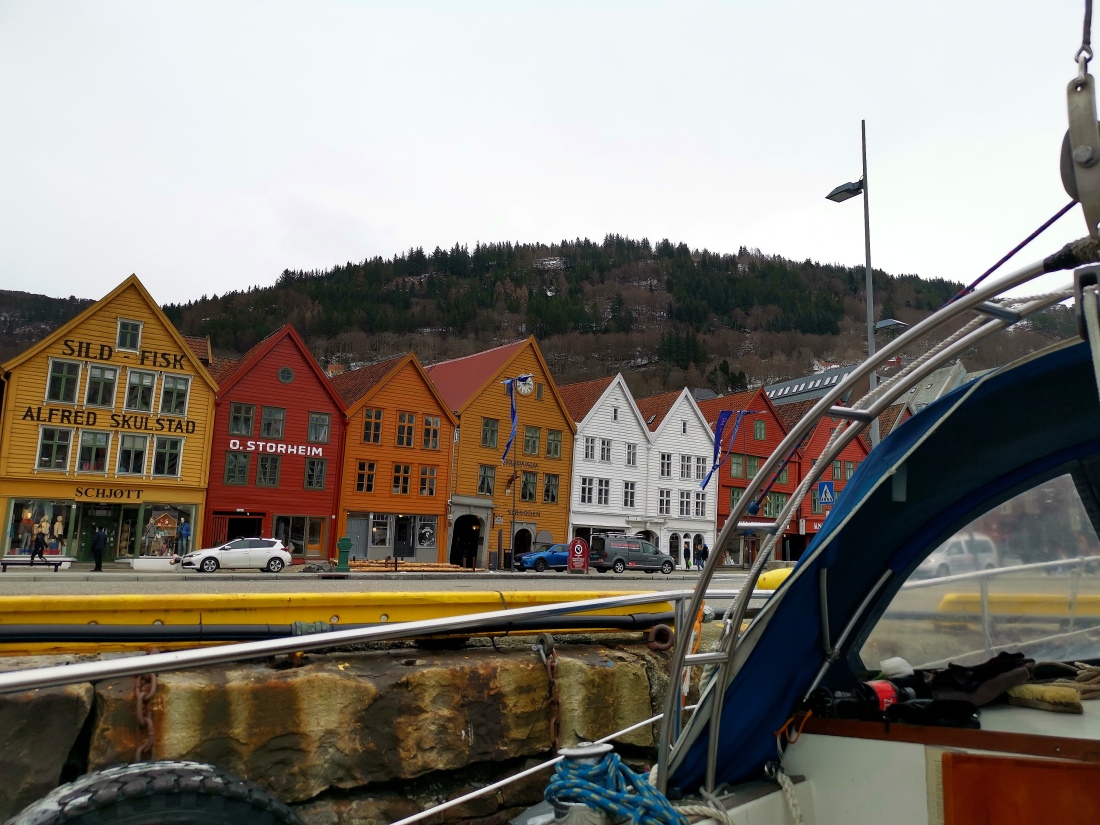 Next morning, still frozen I started the engine and sailed off in some great shine from the sun. From Klokkarvik there was only about 2,5 hours to Bergen and it was done in a coffee. In Bergen they had electricity. And rain. And snow. Shitty weather as always and a wind that made us walk in thirty degree angles. Can’t expect anything else from the only city in Norway with more days of rain than anything else. But! It’s the end of the month, it’s Saturday and it’s the first extra day of the decade. I’m off to celebrate!