For the first time since we left Fredrikstad, it looks like the storms have given us a chance to make some real progress. Leaving Mandal felt great, but we didn’t get further up the coast than Farsund before the winds once again locked us in for a few days. We have been getting pretty good at playing the waiting-game and have once again survived a lock-down without developing too harsh of an cabin-fever. We are now working our way toward next big port of call and Norway’s second largest city – Bergen, sometime this week. 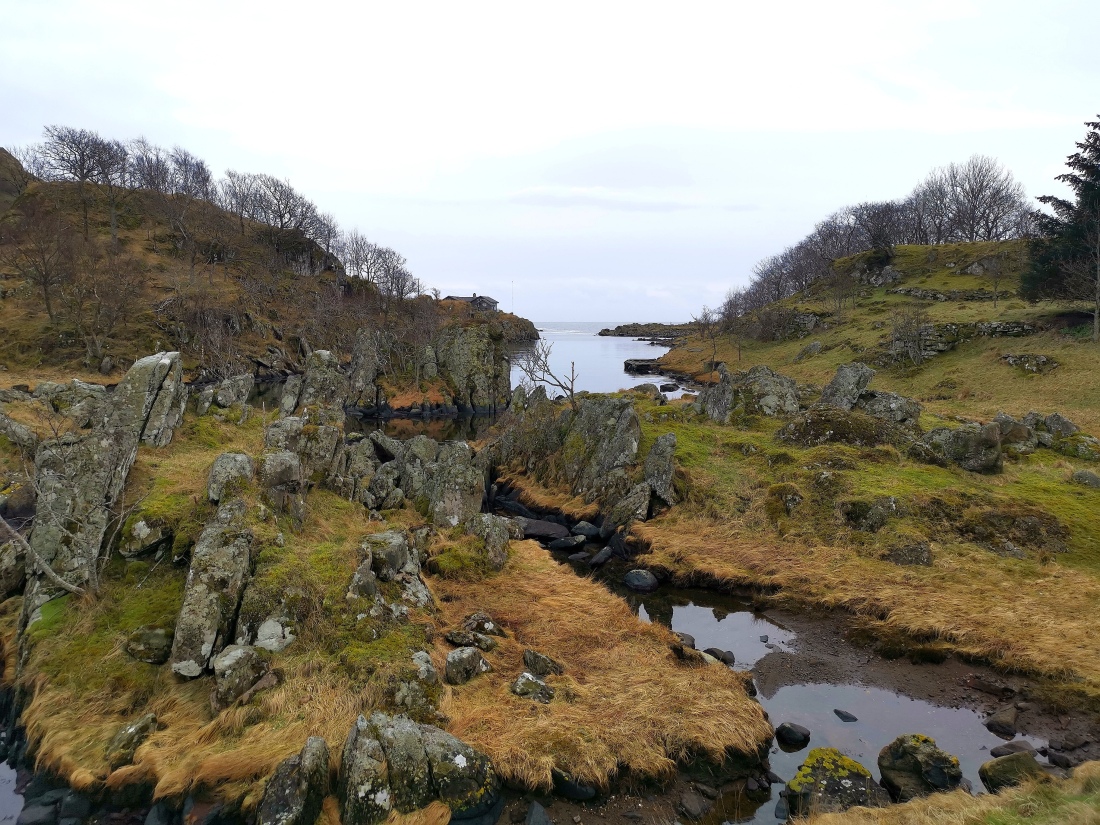 The fairly short sail to Farsund was a smooth one. We did of course not have any wind to sail in so once again we ended up motoring the whole way. It was a beautiful journey in some of the exact landscape that make thousands of people spend their summers here every year.

Farsund itself was pretty much closed down for the season. But they did have a free guest harbour, however it took us a while to find some electricity. After some walking around and a couple of phone calls to the right officials we found a spot in the local fishing harbour. We then took some time to do a few fixes on the boat before having a nice meal and went to bed. This was to be our home for the next tree days. I think I personally completed two entire series on Netflix while the other Captain did whatever he was doing on the PlayStation.

Before leaving Farsund we had a pizza-dinner the night ahead. This made sure we got a good night sleep and didn’t have to do any dishes. Something we found fitting since Captain Simen had just finished his two day project of cleaning all our stuff. The only thing we didn’t do was the laundry, but we sailed ahead bright and early next morning aiming to make this happen as soon as possible.

The morning came when we could finally venture on. Unsure of the weather on open water we didn’t plan to go too far the first day. 22 Nautical miles later we had found a little guest harbour in Kirkehamn which by the way literally means Church Harbour. This small little fishing village is home to about 120 residents and to our great amazement they had both free showers and a free guest harbour. We did however pay to use their laundromat, but this was a much needed investment. Kirkehamn was a quiet little place but if you’re into gaming – you may remember the place being mentioned in Red Dead Redemption 2 as a village where a mother and child was murdered. How much truth there is to the story is something I haven’t dug into. As for us the place was a quiet little harbour with no internet what so ever. It was the time to take a warm shower and find a new book to read. Luckily our library still has plenty of stuff I haven’t even looked at yet.

Next morning, actually it was almost midday, we continued north. As this particular stretch of Norway offer few places to stay and has no cover from the harsh weather in the Norwegian Sea we have planned it out so we can sail for about 6-9 hours a day and in a couple of days from now reach the city of Haugesund. Sorry Stavanger, but we will be skipping you this time around.

Today we had some great wind and finally got to hoist our sail. We did an average of 5 knots all day long and even though I called the sea rescue this morning to check on the weather and they said it would be stormy, we didn’t see a speck of it. We had pretty much calm seas and good winds the whole crossing. At the moment we are safe in Egersund, here we’ll take a slow and early evening before the long stretch to Tananger tomorrow.