We have made our longest passage so far in this boat. With an average of 4 knots we crossed the Hano-bay in about ten hours. The voyage was totally great and we had great conditions. I will admit that the last hour was one of the harder type. Mostly due to pitch-dark, fog with subtle rain and meter-high waves from the side and wind in an awkward direction. But our skill set is building quickly and we pulled through and found a safe harbour 3 nautical miles north of Simrishamn. We spent the night in this small village and got some good rest. The next day we only completed the journey southward to Simrishamn and found a dock to tie the boat safely enough to stay the two days of forecasted gale passing through the area. 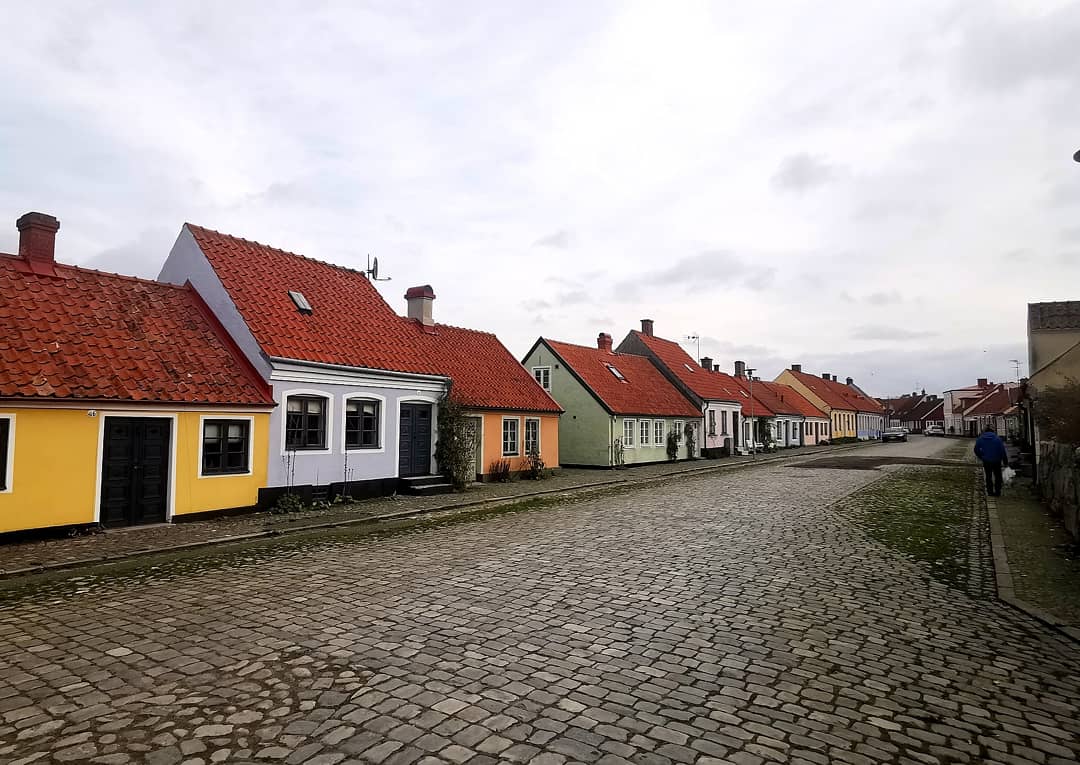 Simrishamn is a beautiful little town. They obviously have a high-rise ban because all the houses are small and tightly packed together only separated by brick-laid streets. It’s history go back to the year 1123 and was in the hundreds of years after an important city for the connection between the mainland and the island of Bornholm which is today governed by Denmark. At the time, up until 1658 the mainland was also part of Denmark – but this changed with the visit of Frederik the 3rd the year ahead.

We spent the days mostly onboard. There is plenty of stuff to take care of in the boat. We are battling things like moist and ways to stay warm on cold nights. The last not being a big problem since we are often connected to shore-power. Condensation is however becoming a bit of a fight. We are looking to keep mold away, but since we are often tightly packed it has become a job to air out the areas and then especially under mattresses and pillows. This have forced Captain Simen to start the everlasting job of drilling hundreds of holes in the bed-boards. Not an easy task when what we have to work with is a manual hand-drill. We have also installed netting in the ceiling to store all of our vegetables and secure other fresh food.

When the winds calmed down we could safely journey on. We made our way 20 miles down the coast to the harbour of Kåseberga. This is the mystical and historic site of Ale’s Stones. This being a powerful symbol of power and faith. The rocks on top of the cliffs was probably raised somewhere between of 1000 and 1500 years ago and was described by travelers in the 1600’s. Today the formation called a stone ship consist of 58 standing stones and one horizontal block. The formation represent a type of grave built during the late Iron age. It is the largest known Swedish stone ship, measuring 67 meters long and 19 meters wide.

Ale’s Stones may have been a cult-center for sun-worshipers and we had the joy of having the best sun in weeks upon our visit. At midsummer the sun sets at the north-western apex and and at midwinter the opposite. Why and how it has gotten it’s name is unknown. There is no record of anyone named Ale, and many researchers claim that Ale is an ancient word for temple or sacred place.

We are setting course for the southernmost point of Sweden today. It is a bit of a milestone for me. By the end of the week we are will with all luck be crossing over to the Kingdom of Denmark. We are also getting ready for some live-streaming and did our first test-run yesterday! Until next time, have a safe ride!

Onboard we are strong supporters of #Teamtrees who are fundraising money to plant 20 million trees all across the planet. Please check it out if you haven’t already. LINK